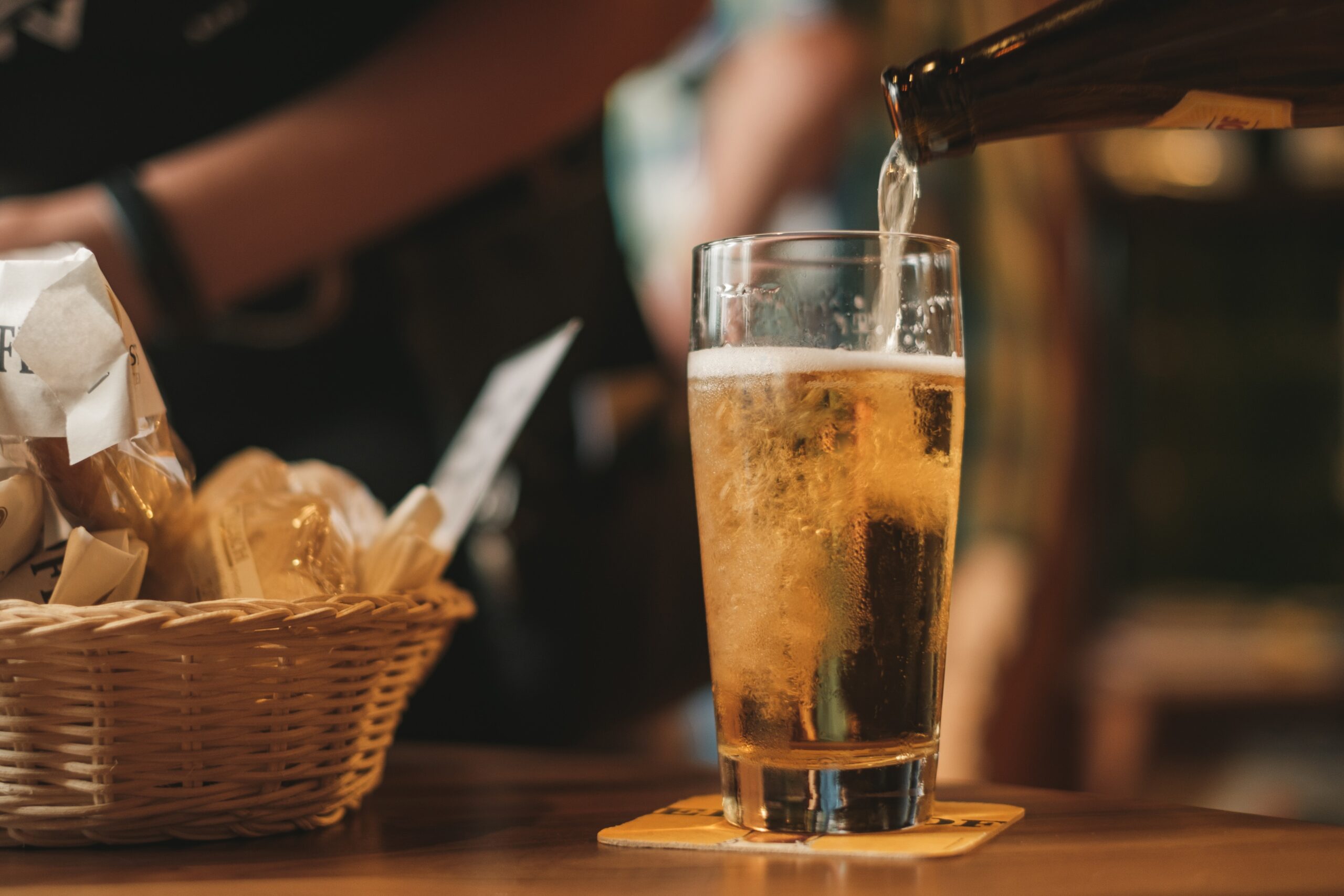 Catering, in 2019 the business rose to 86 billion (+ 0.7%). Over a decade, employment has grown 20 percent. Abusiveness, bad nightlife and criminal infiltration are the brakes on development, how will we change in the future?

"Despite the crisis, the restaurant sector holds and in 2019, according to the preliminary results, it should reach 86 billion with a + 0.7% on the previous year closed at 84.6 billion - explains Lino Enrico Stoppani, president of the Italian Federation Public Exercises (Fipe) -. Employment in bars and restaurants has grown by almost 6% and has increased by a fifth over a decade: today about 1.2 million employees work in the sector. Of course, there are plenty of shaded areas, critical issues ". The president emphasizes the illegal behavior that affects the sector, "a form of unfair competition that hinders the growth of healthy companies and erodes margins" and launches the proposal for a manifesto against the infiltration of the underworld by proposing a relationship of close collaboration with law enforcement and judiciary to deal with the "dark" sides of the sector including the "bad nightlife" and money laundering.

The sector as a whole is also resilient thanks to the evolution of the habits of families who consume fewer meals within the home to allow themselves the pleasure of eating out. A change that over the course of a decade has increased catering expenditure by 5.5 billion (+ 7.2%) while spending at home marks a decrease (-5.7%) of almost 9 billion.

It is no coincidence that Fipe considers 2019 an extremely dynamic season with a per capita expenditure of just over € 1,350. For breakfast you spend an average of 2-3 euros, for lunch at the bar on weekdays another 5-10 euros which in the evening become 10-20 euros having dinner outside the house at least once a month. The largest share of consumption, however, is recorded on weekends when 10.7 million Italians spend from 16 to 30 euros to eat in a restaurant, tavern and restaurant. The range of offers is very wide: along the peninsula there are 452 bars and restaurants per 100 thousand inhabitants. The average in Europe is 325 local while to find the record numbers you have to go to Portugal (734) and Spain (604).

The sector, however, suffers from a high mortality rate: between bars and restaurants every twelve months the shutters are pulled down for about 26 thousand businesses forever. "These are troubling badgers - comments Stoppani. Often these are cases of self-entrepreneurship resulting from unpreparedness and six out of ten close five years after the inauguration ". CGM has caught this dangerous problem and wanted to make its small contribution, preparing a short guide with the basics of a managerial management of a local, download it here for free.

According to the Fipe-Confcommercio report, in ten years bars in historic centers have fallen by half a point while there has been an exploit (+ 55%) of sandwich shops, ethnic clubs, kebabs and takeaways. A sparkling picture in which grows of home restaurant, small activities that "open" between the walls of the house according to a social eating model often linked to apps that guide in the choice. "It is a form of parallel competition, they are not controlled and have different and more favorable tax rules - warns the president -. Like Fipe we ask for the same market, the same rules. That is, certain and equal rules for all companies that offer the same type of service to customers ".

As for the future, however, here are the main trends to be seized in order to remain competitive!

New targets emerge dictated by changing consumer styles. There is a growth in families and seniors. According to Baba's study for TheFork, current and especially potential customers of the platform often go out to eat with the family. In fact, even on a global level, multiple reports confirm that consumers are looking for a restaurant offer that can respond to family needs. We will therefore see an increase in specialized proposals. An example? Pizza and Tata in Rome, where you can savor the best pizza combined with traditional Roman dishes. In the room there is a space dedicated to children from 3 to 12 years with a baby sitting service. Young people and adults appear less attracted to consumption outside the home. The next challenge will be to understand and attract "perrennials", a target recently identified and generally characterized by over 40s who feel "perennially young".

The way to enjoy outside the home is changing, for example through the continuous development of home delivery, which is worth 426 million visits and is growing compared to last year. In recent years the visits made with the delivery have grown steadily also favored by the aggregators who assume more importance at the expense of the "old and boring way of ordering by phone". Delivery is in fact an indicator of the times that change with growing home deliveries. We highlight even the ghost restaurants that are created for delivery only and are not open for serving. The most delivered products, after pizza and sushi, are the poke and the ravioli.

We have known for years that restaurant customers are not only looking for good food, but want to live an experience. Based on an analysis conducted with Baba by TheFork on their current and potential community, those who go to the restaurant do so either with an intention of discovery or with a social goal. It is clear that to meet these needs, the quality of the food is not enough, but service and atmosphere are also essential. And it is precisely on these levels that the challenge is played to "involve" all the senses of the guests. Some recently opened examples are significant. Omakase in Shanghai, has an offer aimed at discovering new and surprising ingredients combined at will by the chef, while the environment reproduces colors and emotions inspired by the cherry blossom. In Italy, an example is Piano 35 in Turin, the highest restaurant in Italy surrounded by a biodynamic greenhouse, inside the Intesa Sanpaolo skyscraper.

Visual, aesthetic, creative, sensory object: food becomes a playground where codes are turned upside down. The aesthetic and chromatic components of the dishes become areas of artistic experimentation. Over the years we have seen several proposals to surprise, especially through social media: glittery food, the unicorn effect, freakshakes, matcha mania, avocado everywhere ... lately the fashion of Baby Yoda Cake has gone crazy. It is difficult to predict what the next months will hold. It would seem that dishes such as fluffy pancakes, "nostalgic" foods such as the grandmother's classic apple pie, ube ice cream, the many varieties of hummus also as a dessert and much more are taking hold. Only time will tell which of these trends are destined to overcome passing fads. In the meantime, however, some restaurants are successfully inspired by novelties such as Humus in Rome, which offers variegated and colorful hummus from pumpkin and chestnut to chocolate.

Frozen and cooked: fried, baked or… 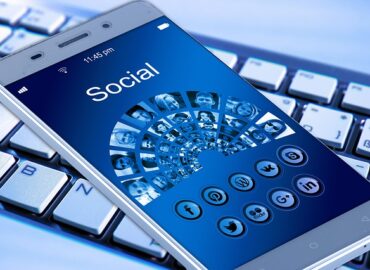 Free advice to prepare for the restart 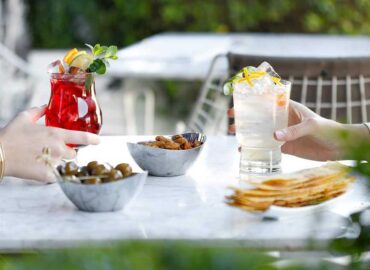 Do you want an always cool place? here are the latest trends for appetizers and street food for 2020